The cult-classic has been faithfully remade in all of its spongetastic splendor! In addition to high-end visuals, modern resolutions and carefully polished gameplay, players can look forward to new content that didn’t make the original game release. With Rehydrated, you can experience coop multiplayer in SpongeBob SquarePants: Battle for Bikini Bottom for the first time. After all, who would SpongeBob be without his best friends?

Just like the original game, Rehydrated features tons of characters and a lot of the irreverent humor from the TV series and upcoming feature film. Every iconic location in the game has multiple segments, a unique vibe, special puzzles and individual story plots, packing in something for every player! Players can play as SpongeBob, Patrick and Sandy, each with unique skills to traverse certain parts of each level – only SpongeBob can use his underpants to bungee jump and only Sandy has a lasso to swing and glide through the gameworld. 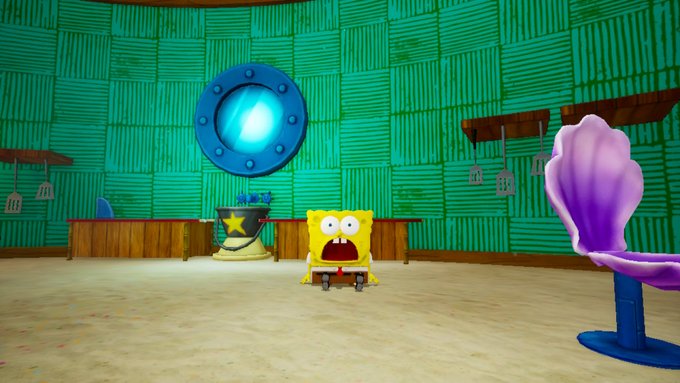 In multiplayer mode, two-players can team up in either local couch or online co-op mode to battle the evil Robo-Squidward and all robots from the main game, wave after wave, across more than twenty islands. Rehydrated’s multiplayer mode also features four additional playable characters: Mr. Krabs, Gary, Squidward and Robo-Plankton, each with their own sets of moves and attacks, straight from the TV series and upcoming movie! 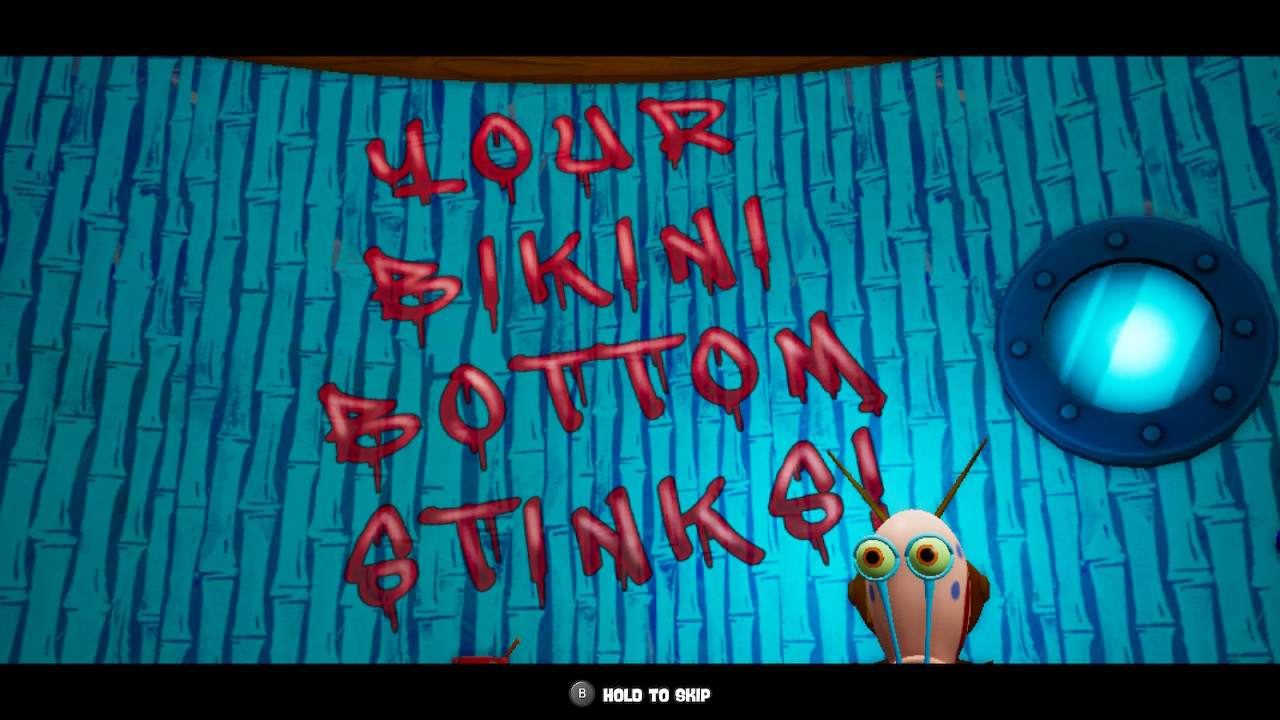 About SpongeBob SquarePants: Battle for Bikini Bottom – Rehydrated
Are you ready, kids? The cult classic is back, faithfully remade in spongetastic splendor! Play as SpongeBob, Patrick and Sandy and show the evil Plankton that crime pays even less than Mr. Krabs. Want to save Bikini Bottom from lots of rampant robots with your mighty bubbles? Of course you do! Want to underpants bungee jump? Why wouldn’t you! Want to join forces in a brand new multiplayer mode? The battle is on!