PC is better than Console, Console players are lazy and don’t have any skill, Console is for Kids. PC players are pointing the blame on Console gamers for the lack of gaming quality stating: “ Console players will accept anything” along with that, counsel players feel their fellow gamers on PC have an unfair advantage

I’m seeing more and more of my fellow gaming brothers and sister getting stuck in this sickening separation in what should be a loving gaming community. History has repeated events of some type of segregation whether it be by genre, set, click, caste, and now it’s in the world of gaming.

Now here we are allowing ourselves to be divided by the likes of electronics, yes now PC, Counsel, and Mobile players.
Many individuals have stated you can buy a new Console when it 1st comes out for about

$500 – 800 and its only good for maybe 5 years. This is madness for that same price you can build a good Pc and update it for years and years. To add an extra insult, Console players get PC’s older, leftover games and paying the full retail price and sometimes more cough cough “Sims 4”

I stated in a podcast that Console introduced home gameplay before the computer thanks to The Coleco Telstar in 1976 along with that the modern Console systems are still supported well over 10 years. The Xbox 360 is still being played today with live online. Now tell me who is still playing on their rig dating from 2005, yes! That’s when the Xbox 360 touched down. 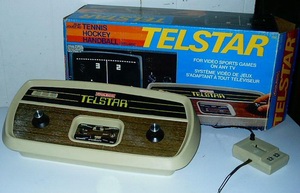 So it is safe to say the Console paved the way for home digital gaming? To say the Console is for Kids is most definitely off and unfair to say. There are many seasoned unpaid and nonprofit full-time counsel streamers today.

Speaking more on terms of what is unfair, some PC gamers feel the lack of gaming quality is because console players showing acceptance for whatever gaming manufacturers are willing to dish to them. That good sir is the fault of both party’s explicitly if you paid any gaming subscription. I know you’re going to say the lines “they were the good old days when gaming was a finished product” actually games then were not as smooth nor a work in progress. I know this may not make sense to you. but you’re playing what is equivalent to that day in age. What I’m trying to help you understand is for the price of a subscription acutely in the silver age of gaming is about the same as the inflated price for buying a game and or buying store items for games in the present day.

Remember in the early two thousands when the cost of living was cheaper than minimum wage was much much less you were this guy or girl who enjoyed playing video games.

Now in 2020 your a “GAMER” thanks to the big gaming business that tells you being a G**k is cool is now. “Sorry I see the word G**K just as bad as some being called a N***A but that’s another future article” (Personally)

let’s not let this industry turn us into gaming Hitlers, where we blame others to grant separation for personnel gain. I’m seeing fellow gamers using the media via Twitch, YouTube, Mixer, est is getting caught up in blaming other of gamers specifically Console gamers to get a few likes and subscribes (petty)

If you put any length of time in playing video games I feel that goes so much further then common currency. Think of all the personnel time you gave and all the people you met online. We all have to take responsibility for the good as well as the bad when it comes to where we are in the gaming industry today.