Method Man looks like he would make an excellent Bishop as revealed by some interesting photos of the famous rapper cosplaying as the Marvel superhero. This is not the first time Method Man has expressed his love for the character, as last year, he shared excellent fan art of himself in the role to his Instagram account. Now, the hip hop artist has really solidified his point with some fun photos of himself in character as the Marvel superhero, and you can take a look at them in the tweet below.

@bosslogic thanx for the look now if we can get @marvel and @marvelstudios on board.. er’body tag @marvel @marvelstudios and the boss @kevfeige #mefisbishop #xmen #bishop #lucasbishop

While he may not have played Bishop just yet, Method Man has worked a lot with Marvel and their variou projects in the past. In 2016, he penned the Ghost Rider X-Mas Special comic book. Method Man himself is featured as a character in the collectible comic, playing directly into the storyline conflict between Robbie Reyes and Krampus the Christmas creature. “Surreal. I’m living the dream. That’s the best way I can put it. They asked me how much I wanted for writing the book and I think I said 50 cents or the price of the book. I didn’t cash that Marvel check. I’m going to save it and frame it and put it up on the wall,” the rapper told AMC of the experience. 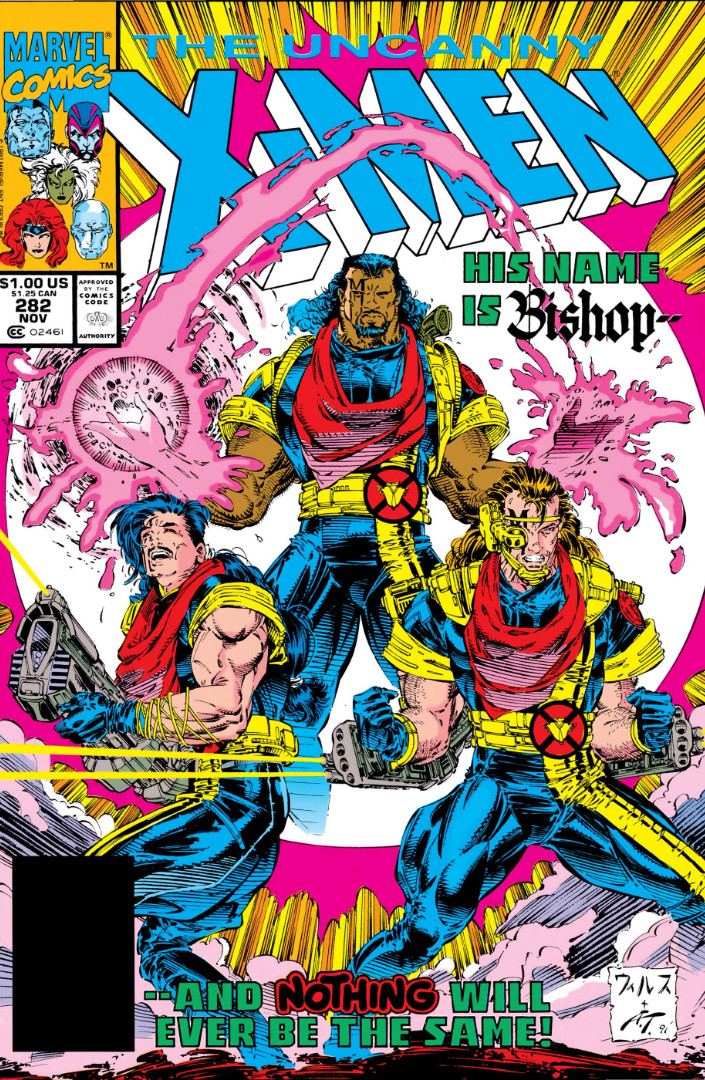 Additionally, Method Man has appeared as himself on the small screen side of the Marvel Cinematic Universe as well. He had a cameo as Method Man in the Marvel and Netflix series Luke Cage, and if that wasn’t enough, he performed the original song “Bulletproof Love” for the show’s official soundtrack. The song was nominated for Best Original Song for a TV Show or Limited Series at the Hollywood Music in Media Awards in 2017. Method Man has lent his voice to Marvel to portray a fictional character as well, voicing the role of Ben Urich on Stitcher’s ten-part Marvels podcast adaptation.

The Bishop character has yet to appear anywhere in the MCU, but if Method Man has his way, he’ll be the one to take on that role as well. In the past, Bishop has been featured many times in animated Marvel projects, which includes his portrayal as voiced by Philip Akin on X-Men: The Animated Series and by Kevin Michael Richardson in Wolverine and the X-Men. Khary Payton of The Walking Dead fame also voiced Bishop in the video game X-Men Legends II: Rise of Apocalypse. A live-action version of Bishop was also featured in the 2014 sequel X-Men: Days of Future Past with Omar Sy playing the role.

A time traveling mercenary from a dystopian future, Bishop made his comic book debut in Uncanny X-Men in 1991. Given how often other iterations of the character has appeared in other Marvel projects, it seems to be a matter of time before we see Bishop in the MCU. Considering the photos above, hopefully the producers will at least give Method Man some consideration. You can also take a look at some fan art of Method Man in the role below.